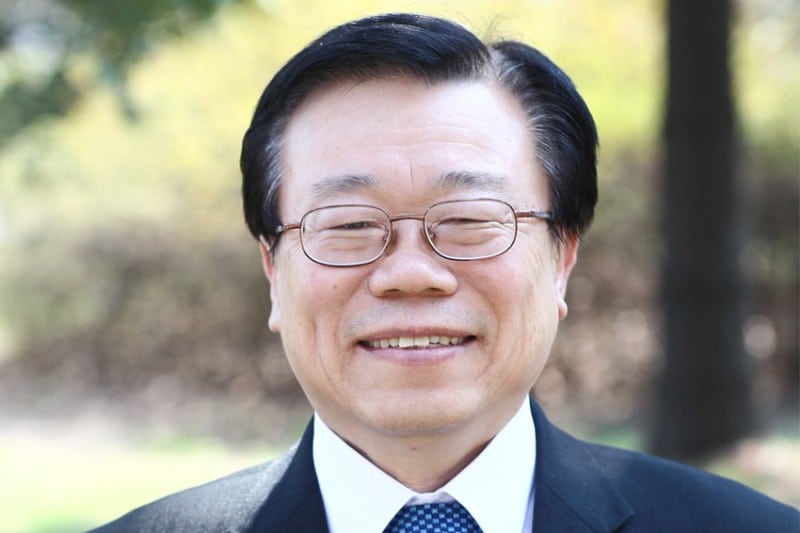 South Korea’s rapid industrialization over recent decades has taken its toll on the agriculture sector, which is grappling with an ageing farming population that still relies on basic techniques. Lee Dong-Phil, Minister of Agriculture, Food and Rural Affairs, explains how the sector is being revolutionized by the development of smart farm technology, as the country looks to boost its exports of food products and attract more tourists to the countryside.

Korea’s current farming population is ageing, so what is your Ministry doing to try to attract younger Koreans into agriculture to ensure that the industry has a viable future as a growth engine for the country?

We don’t have a really good solution to this but there is a college of agriculture and fisheries. It’s a public school and this is specialized in nurturing farmers or people in the fisheries sector. It offers a three-year program and in the first year you go to classes. In the second year you undertake fieldwork to understand the reality of agriculture or fisheries, and in the third year you plan how you would run your own businesses.

Secondly, we have agricultural high schools and colleges where we nurture the next generation.

The problem that we had is that people who graduated from agricultural high schools and colleges were not entering agricultural businesses after they graduated. That is why we created the college. Over 80% of the students who graduate from this college go into agricultural businesses and they are quite successful. Their income is about 1.5 times higher than that of the urban people and it’s about 2.5 times higher than the general farming population. Our focus now is on increasing the number of students who graduate from this college.

The government is also establishing a network of creative economy and innovation centers across the country. What role will these centers play in the future of agriculture, particularly in the development of smart farm technology?

There are approximately 1.1 million farming households in Korea and over 60% of these are made up of senior citizens. They use small-scale traditional farming techniques so they lack the competitiveness required at the international level and they’re dependent on the land and human labor. We are trying to transition towards technology and capital-intensive agriculture. That is where smart farming comes in. We are trying to nurture people who are experts in smart farming. They would need not only the technology, but also the ability to run their own businesses. Furthermore, they would need to ensure that they have the distribution network. The creative innovation center plays a role in providing the technology, operational know-how and capital. We provide support through these centers.

The farmers in Korea are very patriotic. They’re very ambitious. They wanted to contribute to the economy so they set this very high goal. The total exports of Korea equate to about $520 billion; $8.1 billion out of this is very little, just 1.2% in fact.Our farmers have this ambitious spirit to boost their competitiveness in the global market so I think that’s why we set this target. It’s a challenge, at a time when we have to import 75% of the grain that we consume.

In fact, we are importing about $30 billion worth of grain. Korean farmers are, like I said, very small in scale and the average farmland that each household owns is about 1.5 hectares. At the same time, Japan and China are very concerned about sanitary conditions and the safety of the food they consume. Although our farming industry is very small, if we approach the niche market intelligently with high quality, safe agricultural food, I think the targeted increase is not an impossible goal.

For instance, Korean paprika makes up about 70% of the Japanese paprika market. Our fresh milk is exported to China and although it is sold at a higher price than Japanese fresh milk, the sales figures are good.

In your work plan for 2016, the Ministry of Agriculture, Food and Rural Affairs presented ‘measures to boost rural economy and exports by transferring agriculture into a sixth industry’, which includes linking production and exports to tourism. How are the relevant rural farmers responding to your efforts to encourage them to link their farming activities to tourism, and what is the potential impact of this move towards agro-tourism on the rural economy?

First, to give you the background: like I said, there are about 1.1 million farming households in Korea and out of those, only 150,000 households can survive just by doing farming. Over 600,000 households are made up of people over 65 years of age and the remaining people in the farming industry cannot generate income just by doing farming. They need to generate new income sources. That’s how I came up with the idea of the “sixth industry”. “Sixth industry” combines the primary sector, production, and the secondary sector, distribution. The third sector is tourism. Whether you multiply one, two and three or add one, two and three, the resultant number is six. That’s why we decided to call it the sixth industry.

Farmers can take advantage of the landscapes in their local areas and they can provide traditional food that is locally produced. They can take advantage of the clean air and the memories that city dwellers have of their ancestral homes in the countryside. Foreign tourists are also interested in the rural experience. This offers good tourism potential. We have about 900 villages where people can experience farming activities, such as making jam. They are called “experience villages.”

About 140,000 people can create new businesses in this new sixth industry.

Korea has successfully spread its cultural influence in recent years through the successful exports of its TV dramas, films and music. How is your ministry engaging with Korean food professionals to build on this global interest in Korean culture to further enhance the international reputation of Korean cuisine?

I am open to ideas on this. Korean food is known for being healthy. I’m trying to think of good ideas to create a successful industry from this. We are trying to take advantage of the popular Korean dramas, which have helped to popularize Korean food. Chinese people are very fond of Korean food that appeared in dramas such as “Decedents of Sun” and “My Love from the Star”.

Korean ginseng chicken soup also features in the dramas, so thousands of tourists want to come and taste these foods. We have used our embassies and diplomatic buildings to showcase Korean cuisine. We have also provided Korean cooking lessons and fairs where raw materials were exhibited. The efforts through these embassies were quite successful so I’m trying to repeat this.

We also opened a new food culture center in Seoul in April 2016. There was an opening ceremony which President Park Geun-hye and TV star Song Joong-ki from “The Descendants of the Sun” attended. Visitors can enjoy seasonal cuisine and learn more about our food culture.