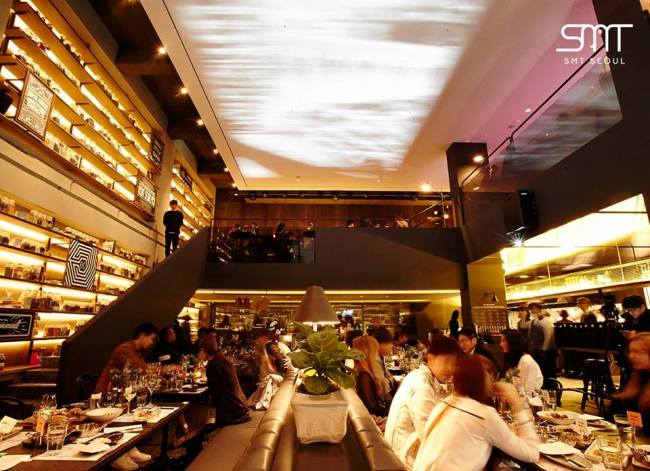 “SMT will be in a five-story building consisting of a pub, outdoor garden and dining hall that offers course meals,” the source said.

The restaurant will also promote its significant Seoul-style tapas, an array of Seoul’s most popular foods placed on multiple tiny dishes in a sophisticated manner, he added.

Launched in the nation’s luxurious Cheongdam-dong district in January, the restaurant has been a hit on social media, in particular with hallyu fans from overseas. About 30 percent of total visitors are foreign hallyu fans who enjoy eating at a place their idols often visit, the company source said.

Reflecting the market reaction, the nation’s major entertainment agency now plans to expand the dining business to the larger market of Tokyo, this time with the trendiest dishes from Seoul, according to the official.

Meanwhile, SM Entertainment has previously promoted the food and hallyu connection by pushing Korean restaurant project ETable in Seoul and Podonamu in Tokyo.