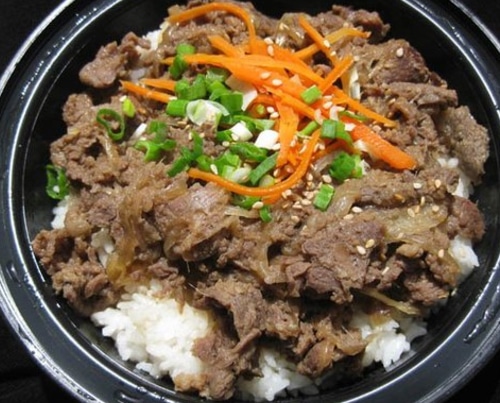 NY Daily News introduce KoFoo. It says “KoFoo is perhaps best known for its kimbob, or kimbap, the sushi-like Korean rolls where steamed white rice and other ingredients — avocado, thin slices of omelet, carrot, cucumber — are tightly wrapped in sheets of dried seaweed and sliced into rounds. (Introduced to Korea during the Japanese occupation of the early 20th century, they’re traditionally served without soy sauce or wasabi.)”