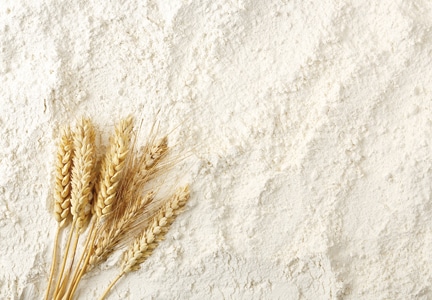 ARLINGTON, VIRGINIA, U.S. — Three executives representing Korean flour milling companies will travel through the U.S. Pacific Northwest Aug. 7 to 14 for an in-depth look at U.S. crop production and quality of soft white (SW), hard red spring (HRS) and hard red winter (HRW) wheat. Their visit, which includes stops in Montana, Washington and Oregon, will give the executives an opportunity to meet with growers, breeders and exporters in the U.S.

“These milling companies hold purchasing tenders for milling wheat that supply all eight mills in Korea,” said Chang Yoon Kang, the U.S. Wheat Associates (USW) country director who is leading the team. “Each of these managers has a key role in making decisions about wheat origin, class, purchase contract specifications and wheat procurement policies. It is vital that they receive timely and reliable information on the crop situation.”

In calendar year 2015, South Korea imported 2.37 million tonnes of wheat, including 1.1 million tonnes of U.S. SW, HRS and HRW wheat sourced from Pacific Northwest and northern plains fields, USW said. While Korean millers import most of their wheat from the U.S., Canadian spring wheat also is imported to blend with U.S. classes for bread flour. Australian white wheat is preferred for Korean style noodles, but USW is working to flank that market by helping its customers introduce whole wheat products made with flour from U.S. wheat as a healthy noodle choice, the association said.

The team will start its visit in Great Falls, Montana, U.S., to visit a Columbia Grain elevator and the State Grain Lab. They also will tour O’Hara Farms in Fort Benton, Montana, U.S., and have dinner with MWBC commissioners. In Pullman and Spokane, Washington, U.S., the team will meet with Washington State University breeders and tour the USDA Agricultural Research Service (ARS) Western Wheat Quality lab, as well as go on a tour of the HighLine Grain shuttle facility. The final leg of the trip will be to Portland, Oregon, U.S., where the team will learn more about the Pacific Northwest supply chain from staff at the USW West Coast Office, Wheat Marketing Center, Oregon Wheat Commission, Pacific Grain Exporters Association and Federal Grain Inspection Service (FGIS). The team will finish the trip with a farm tour in the Willamette Valley in Oregon, U.S.

“The Korean consumer is sophisticated and demands a wide range of high-quality wheat products that compete effectively with more traditional rice products,” said Steve Wirsching, USW vice-president and West Coast Office director. “Korea has grown into a very important market for U.S. wheat producers because they buy our premium wheat classes and are willing to pay more to extract that quality from our market. This trade team provides a way for the millers to learn more about the upcoming harvest so they can do a better job of originating the best quality we have to offer.”

In the late 1960s, Western Wheat Associates — one of USW’s legacy organizations — sponsored the first trade team visit to the U.S. by Korean flour millers. Since then, Korea’s wheat flour and food industry has grown more and more sophisticated and U.S. wheat farmers and the U.S. grain chain have consistently delivered high quality.

The Korean wheat foods market is developing in a way that is similar to the U.S. market. End-product flour specifications in Korea are becoming more complicated because consumers demand quality and an increasingly wide range of products, Kang said. They also are relating food more to long-term health.

As a result, Korean millers are buying different specifications within a single class of wheat, instead of blending different classes, to maintain uniform product quality and reduce production costs, USW said. (World-grain.com)

(Featured Image: While Korean millers import most of their wheat from the U.S., Canadian spring wheat also is imported to blend with U.S. classes for bread flour. )