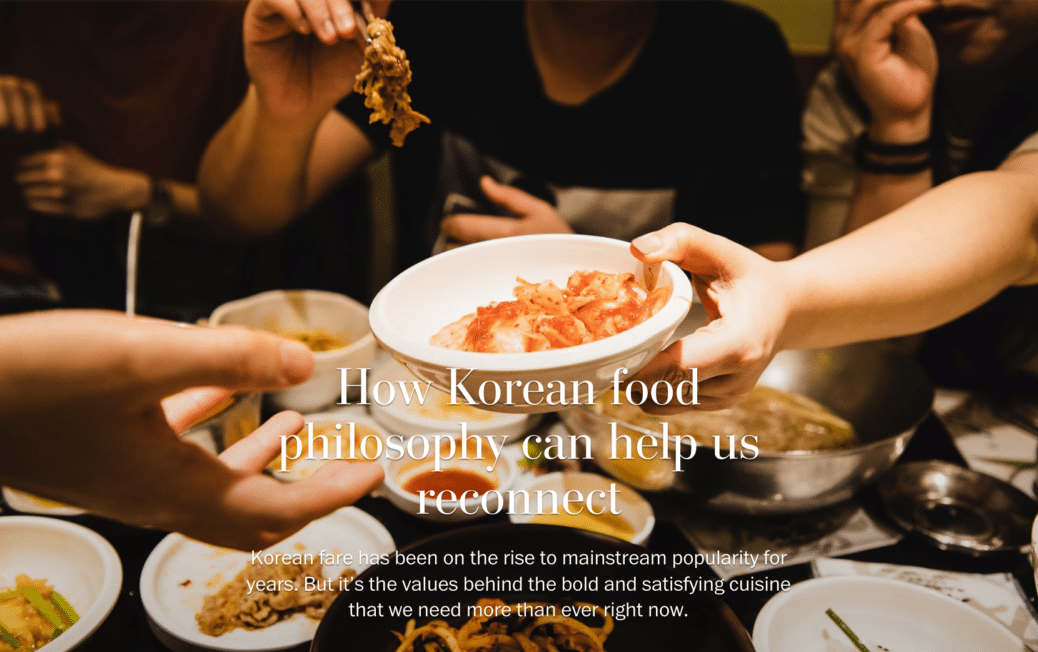 Today, when you go to a trendy restaurant, you might see words like gochujang and bibimbap on the menu more often than before. And on your favorite streaming music service, you might have more than one catchy K-pop song served up on your playlist alongside your other recommendations.

But just a few years ago, Korean culture — and cuisine — weren’t quite so mainstream. Slowly, that began to change. First came Bonchon, the Korean fried chicken chain. On the music charts, K-pop and a catchy song called “Gangnam Style”— a rap about satirized life in a hip South Korean neighborhood — were everywhere. And on television and social media, popular Korean American chefs like Roy Choi and David Chang were helping to introduce words like “bulgogi” (thin marinated slices of meat) and “bo ssam” (roasted pork shoulder) to the American foodie lexicon.