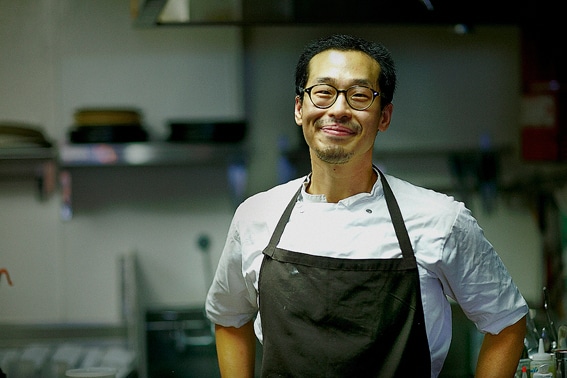 Kwang Uh (BaRoo) will have Cooking Demonstration at upcoming event Flavors of LA.

A native of Seoul, Kwang is co-owner and chef of Baroo in Hollywood. Opened in 2015, Baroo serves intricate and highly inventive dishes that combine the food of Kwang’s Korean heritage with local ingredients. Previously, he staged at Noma in Copenhagen, the three-star Piazza Duomo in Alba, Italy, and Quique Dacosta near Valencia, Spain. Kwang holds a master in food culture and communication from the University of Gastronomic Science in Pollenzo, Italy. Baroo’s Noorook was named one of the 10 best dishes of 2015 by The Times’ Jonathan Gold.Click here for detail information